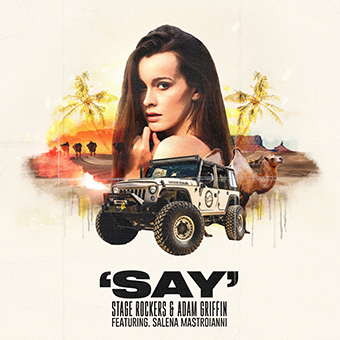 A.k.a Ivan Zaikin and Gennady Vlasenko,Stage Rockers have gained recognition on the worldwide scene with their skill toswitch up genres from tech house to nu disco. The young duo is associated withsome of the biggest record labels around such as Toolroom, Enhanced,Heldeep, Enormous, Bunny Tiger and more, and has gained massiverecognition and support from such big names in the game as David Guetta,Tiesto, Fedde Le Grand, Nora En Pure, Amine Edge & DANCE, Kryder amongstmany others.

For Perfect Havoc co-founder AdamGriffin, his colourful career cites DJing in the early 90’s at pivotalLondon venues such as The Cross and Hanover Grand, to holding seniorroles within the industry at imprints like RCA and INCredible -Sony’s flagship dance label. After he co-founded the Perfect Havoc label andmanagement brand alongside Robert Davies,  Griffin stepped into the studio in 2019 to releasecontagious house cuts with Perfect Havoc mainstay, Tobtok, ‘The Sting’and ‘The Stand Off’ picking up key support from Annie Nightingale on BBCRadio 1, Idris Elba and Riva Starr. Most recently in May2020, Griffin teamed up with icon Todd Terry for the bass driven ‘Don’tOver Think It’ on Organized Chaos, proving this label boss can step up toproduce with the very best of them.

Featuring on ‘Say’ issinger / songwriter, Salena Mastroianni, who after years of performingas a backing vocalist for the likes of Rita Ora and Kesha, toname just two, now stands in her spotlight across a number of original houserecords. Mastroianni has penned lyrics for the likes of Danny Avila, PhilipGeorge, and Wh0, and her track ‘Is it Real?’ with Tobtok,Oliver Nelson and Simon Field has clocked nearly 4million global streamsand counting. Her soulful voice and emotive lyrics are to get truly lost in.