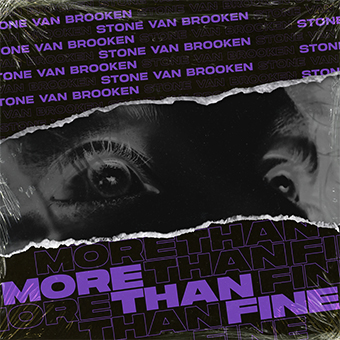 Perfect Havoc, the label that brought you top charting artists Joel Corry and PS1, welcome the French producer Stone Van Brooken to the label. ‘More Than Fine’ is a pumping house tune with all the ingredients for a party: catchy piano hook, deep bassy drop and lush vocal about moving on from your lover.

Stone Van Brooken is a French House Dj &Producer who was nominated revelation of the year 2018 by Radio FG. He has worked with artists like Ofenbach, Madcon or Henri PFR to name a few.

He identifies himself on the electronic scene by uniting a crowd seduced by the musical colour of his compositions which has nowadays millions of plays on the streaming platforms.

Combining UK house’s influences with electric and vocal productions, he shows through each and everyone one of his releases, tight and mainstream productions but also suitable for the clubs.

After being behind the decks of clubs and festivals like the Theatro in Marrakech, the Zig Zag and the Faust in Paris or the Pratersauna in Vienna. Stone Van Brooken was quickly known for his original

and meticulous selections of tracks during each one of his sets.