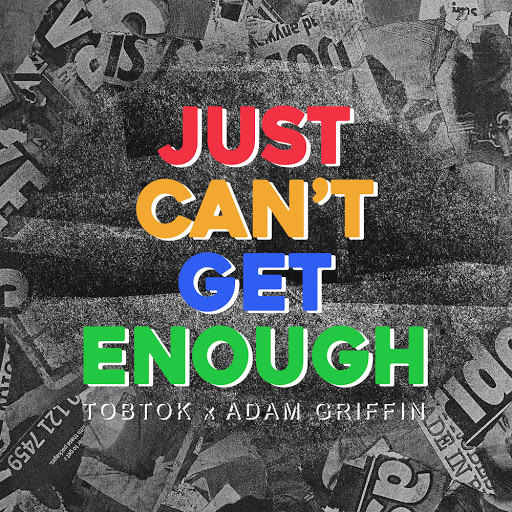 Following on from their recent releases ‘The Stand Off’ and ‘The Sting’, Tobtok & Adam Griffin are back at it again with their latest release ‘Just Can’t Get Enough’ a rework of Depeche Mode’s well known classic. The pair produce a modern dance twist whilst still keeping the catchy raw elements of the original.

Having collaborated twice already, this duo are making quite the storm in the dance scene, with support coming from the likes of Annie Nightingale on BBC Radio 1, Steve Smart, Justin Wilkes and Apres for ‘The Sting’ followed by Mistajam self certifying ‘The Stand Off’ and championing the record multiple times in his Future Dance Anthems show on BBC Radio 1! Other supporters include Idris Elba, Gareth Wyn, Hardwell, Watermat, Todd Edwards, Riva Starr, Patrick Hagenaar & Redondo to name a few.Although being relatively new to the music scene Adam Griffin is no stranger to the industry. A keen DJ from the early 90’s playing pivotal London venues such as The Cross and Hanover Grand, he has also played senior roles within the music industry at imprints like RCA and INCredible - Sony’s flagship dance label. After years of commercial and underground experience, Adam co-founded and continues to run Perfect Havoc alongside Robert Davies, creating a template for a modern 360 degree music business. Perfect Havoc has made an indelible mark and has already generated close to 100 million streams thanks to support from industry leaders such as BBC Radio 1, KISS FM, and more.