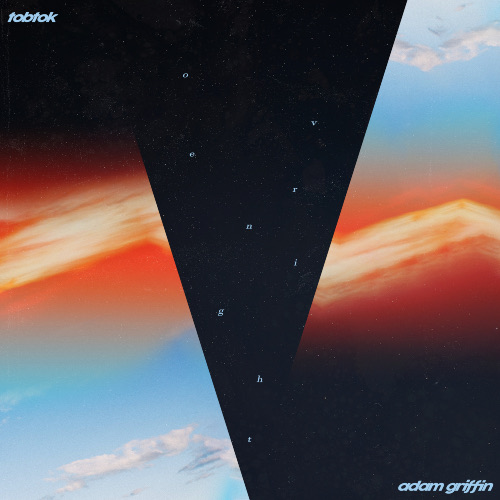 Swedish dance sensation Tobtok is back with potent new single ‘Overnight’ together withPerfect Havoc boss and acclaimed producer Adam Griffin. This new release is a feel good house tune of the highest caliber, showcasing the duo’s feel for intoxicating pop hooks and qualitymulti-instrumental production. A mystery vocal sings about hoping that love is reciprocated and that feelings don't change overnight.

Tobtok aka Tobias Karlsson, is one of the most talented artists leading the new wave of Swedish electronic music DJ / producers. He has generated over 500million streams globally across his original work, remixes and productions forJoel Corry, Robin Schulz and Karen Harding to name a few, on such illustrious labels as Ministry of Sound, Kitsuné and of course, his home at Perfect Havoc.

Tobtok’s highlight outings include the Australian double platinum record, ‘Fast Car’; flexing hisDJ skills on Toolroom Records’ ‘Miami Poolside’ compilation; and the 2020release ‘New Levels’ which as well as being made ‘Tune of the Week’ on BBCRadio 1, picked up key DJ support from Sam Feldt, Sigala, Tiësto and many more.

Together with Robert Davies, Adam Griffin has steered Perfect Havoc into one of the most in-demand independent labels around, underlined by platinum certified releases and generating over five billion global streams. His contagious house cuts include ‘The Sting’ and ‘The Stand Off’ (BBC Radio 1 Future Anthem) and ‘Don’t Over Think It’ produced with house icon Todd Terry. Griffin has also worked and released with acclaimed producers such as Anton Powers, Redondo, Simon Field,James Hurr & Tobtok and has received several spins on BBC Radio 1’s PartyAnthems & Dance Anthems, been playlisted on Capital Dance & KISS Dance and been featured on Music Week and UFO Network. Over 25 million streams have been generated so far by this versatile label head and he’s only just getting started.