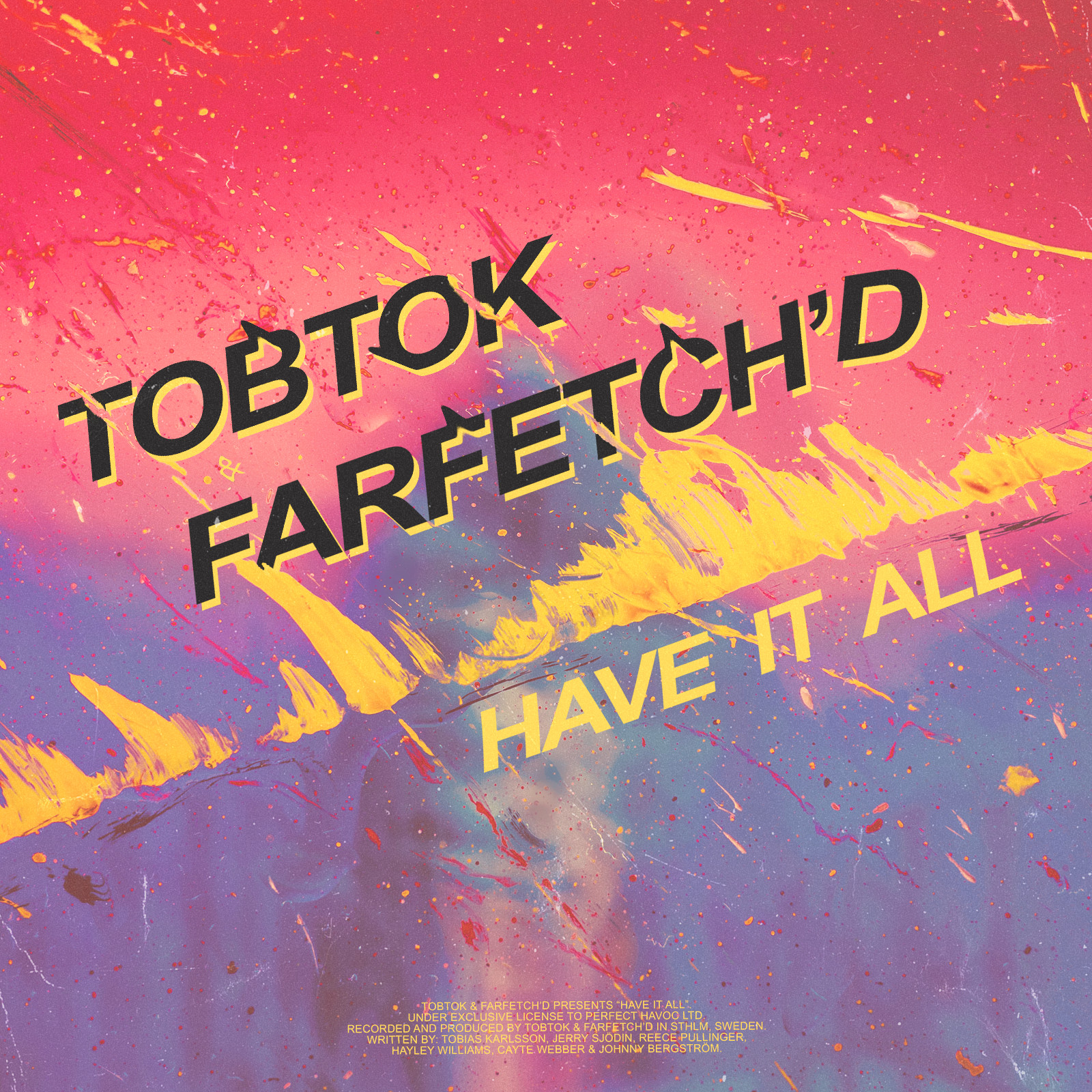 Tobtok & farfetch'd - Have It All

Perfect Havoc are  delighted to have the Swedish music extraordinaries Tobtok and farfetch’d  team up for Have It All, coming 26th November on Perfect Havoc. A match made  in piano house heaven, this feelgood tune showcases the trio’s unique feeling  for high-quality pop composition and bringing out ear-catching melodies. A  soulful vocal singing about taking love to new heights enhances the immense  sounding production by the studio wizards, who is aiming to ‘Have It All’ with  this track.

Tobtok’s highlight  outings include the Australian double platinum record, ‘Fast Car’; flexing  his DJ skills on Toolroom Records’ ‘Miami Poolside’ compilation; and the 2020  release ‘New Levels’ which achieved over 15 million streams globally and was  championed as a ‘Tune of the Week’ by Scott Mills on BBC Radio 1, and picked  up key DJ support along the way from Sam Feldt, Sigala and Tiësto and many  more. Tobtok most recently released ‘My Carousel’ with Jem Cooke, which  received stellar support on Spotify with 6 million streams, and ‘Can You Feel  It’ with Moss Kena, Adam Griffin & James Hurr.

If you’ve visited any type of social establishment the past thirty six months  you’ve more than likely stumbled on top the sounds of farfetch’d. With a  defined summer sound and groovy baselines they’ve racked up more than 60  million streams, releases on Spinnin Records, Axtone, Enhanced Music and  remixes of established names like RAYE and Pink Sweat$! In terms of  recognition behind the decks, their tunes have been supported by the likes of  R3HAB, Dimitri Vegas & Like Mike all the way over to Mark Knight. In  barely three years, that’s an accomplishment that truly deserves recognition.

farfetch’d takes  influence from old-time childhood heroes and tries to fuse the feelings of  the past with today, regardless of the genre or moment. Making an electronic  dance extravaganza that just can’t bring you any other feelings than  happiness and love.