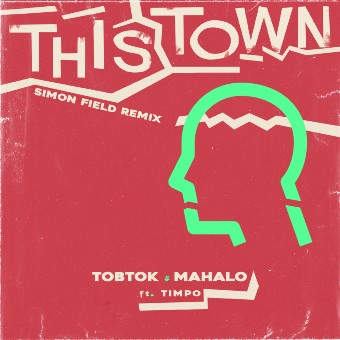 First to come on board the 'This Town' remix train is Norwegian DJ & producer Simon Field who is no stranger to the Perfect Havoc label. 'This Town' released back in July 17th and since then has already gained serious praise from the likes of BBC Radio 1’s Scott Mills and MistaJam along with Andy Wilson and Ben Malone on KISS FM. This Town also became a TikTok sensations with over 3 million views on the platform already which has generated over 1.5 million streams to date globally. Listen to Simon Field's 'This Town' remix now - available on all platforms!

Simon Field is an awarded producer and songwriter based in Oslo, Norway with a distinct sound produced entirely through analogue gear. His recent collabs and releases on Perfect Havoc include ‘Is It Real?’ with Tobtok & Oliver Nelson feat. Salena Mastronnani (2 million streams), ‘Shake The Tree’ (9 million streams), and ‘Wildfire’ feat. Andreya Triana (2.7 million streams). In total Simon has generated over 65 million streams globally alone along with multiple, official remixes for high profile names including Erick Morillo, Nina Simone and Kelis.

This Town (feat. Timpo) marks yet another quality release for Perfect Havoc, also a management and events company. The label has hit over 300 million streams globally, bagged two UK Top 10’s with Joel Corry and had numerous other hits with its roster of breaking talent such as Karen Harding, The Aston Shuffle, PS1, Oliver Nelson, Kokiri, Freejak to name a few. The label A&R’s have an acute ear for both underground and mainstream hits, licensing to labels including Atlantic Records, Columbia Records, RCA, Ministry of Sound, Polydor, Toolroom, Thrive and Astralwerks. Perfect Havoc is also a dab hand in the club world, throwing pop-up parties around the globe in London, Norway, Sweden, LA/San Francisco, Paris and South Korea.