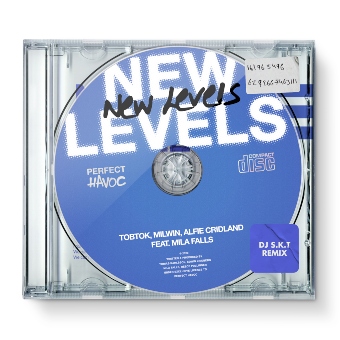 Producer and Kiss FM Resident DJ S.K.T puts his own spin on New Levels, the latest single from Tobtok, Milwin & Alfie Cridland featuring Mila Falls. The original has already generated over 4 million streams and been named BBC Radio 1’s ‘Tune Of The Week’, along with noticeable support from the likes of KISS FM and Capital Dance in the UK alone. S.K.T turns the song around, by giving it a heavy bassline and pounding rhythm that would make this a sure-fire choice in a packed Ibiza club.