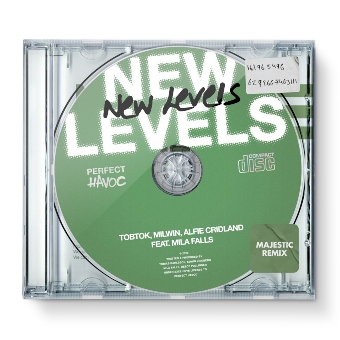 KISS FM Resident DJ ‘Majestic’ adds his magic touch to New Levels, the latest single from Tobtok, Milwin & Alfie Cridland featuring Mila Falls. The original has already generated over 4 million streams and been named BBC Radio 1’s ‘Tune Of The Week’, along with noticeable support from the likes of KISS FM and Capital Dance in the UK alone. Majestic uses his club anthems prowess to enhance the original with driving rhythm and stab organ chords.