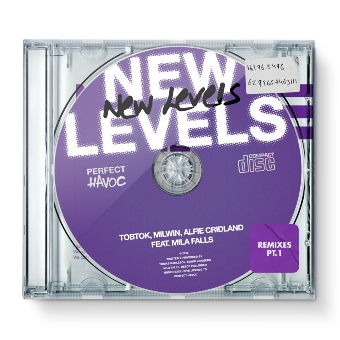 Majestic, DJ S.K.T,SHOSH, Parx and Xoro all lend their production talents to the first officialremix package of New Levels, the latest single from Tobtok, Milwin & AlfieCridland featuring Mila Falls. The original has already generated over 4 millionstreams and been named BBC Radio 1’s ‘Tune Of The Week’, along with noticeablesupport from the likes of KISS FM and Capital Dance in the UK alone.