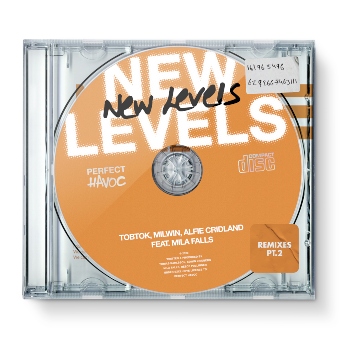 Solo Suspex, Like Son, Tom Hall, Shahin Shantiaei and Scott Forshaw all lend their production talents to the second official remix package of New Levels, the latest single from Tobtok, Milwin & Alfie Cridland featuring Mila Falls. The original has already generated over 4 million streams and been named BBC Radio 1’s ‘Tune Of The Week’, along with noticeable support from the likes of KISS FM and Capital Dance in the UK alone.