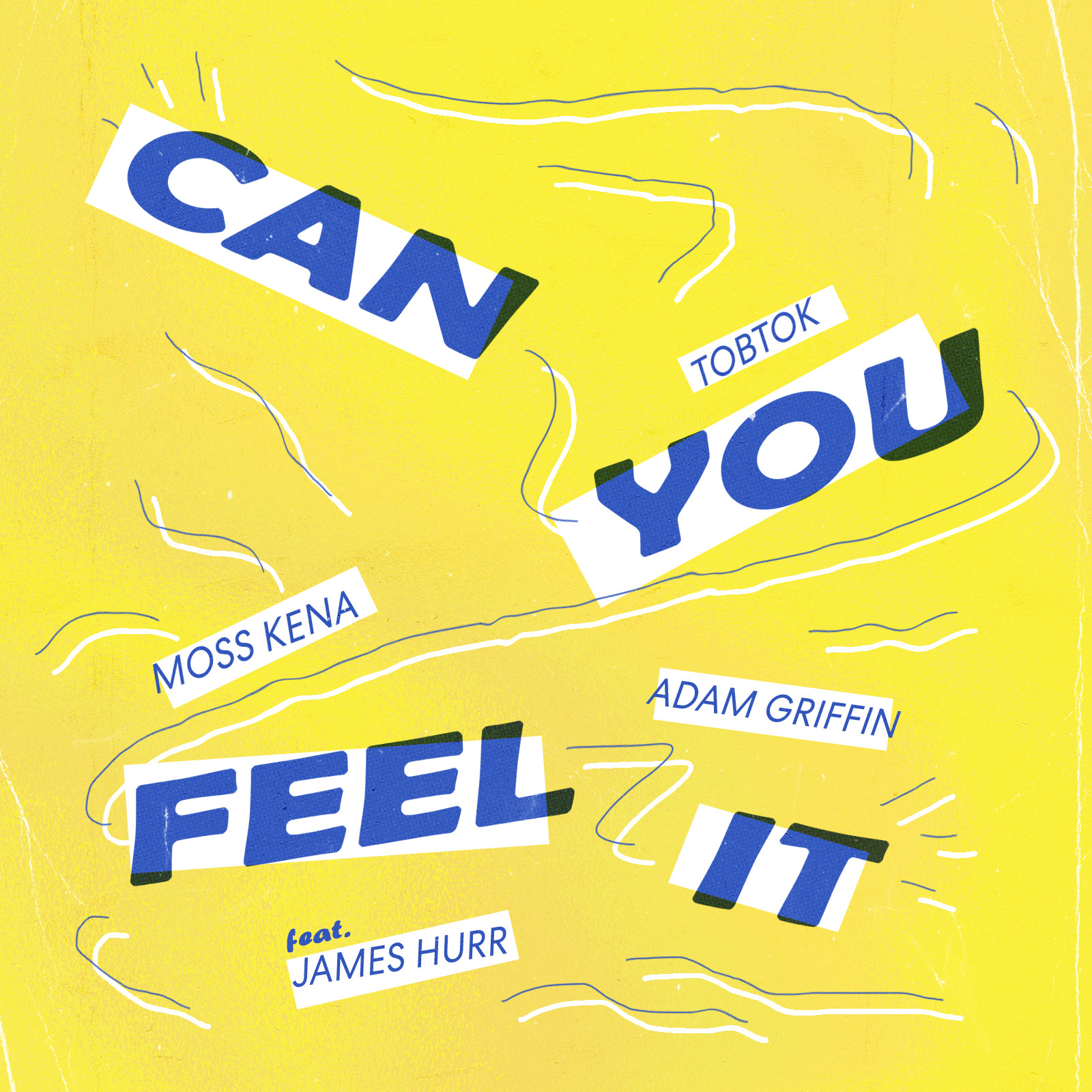 Perfect Havoc are delighted to have the music extraordinaries Tobtok, Moss Kena, Adam Griffin & James Hurr gettogether to craft the immense sounding ‘Can You Feel It’, out the 24th September on Perfect Havoc. A cool but feelgood piano house tune in essence, Moss Kena comes along to lift the track higher with his top-class vocal lines. The‘ Fireworks’ star singer provides a soulful approach but still lending to the high production quality of season studio veterans Tobtok, Adam Griffin and James Hurr. This is a collaboration that you do not want to miss.

Growing upon the outskirts of London, Moss found his passion for music at an early age, thanks largely to his parents (his mum ran a string of record shops). “Idefinitely wasn’t raised on nursery rhymes,” says Kena, whose earliest music memories revolve around late-’80s/early-’90s dance music.

After gigging relentlessly in local coffee shops and shopping centers, he grabbed the attention of the tastemaker world with with his first release which was a stunning rendition of Kendrick Lamar’s “These Walls” which saw Kendrick himself give his seal of approval along with many others such as Zane Lowe, Annie Mac, Mistajam, Sir Elton John, DJ Target and Ebro Darden.

Since then, he has gone on to collaborate / release some incredible music with the likes of Bastille, Grammy nominated artist Hip Hop artist Rapsody, Toddla T,Ben Pearce, Miraa May etc.

This year saw Moss collaborate with the Incredible Purple Disco Machine and The Knocks on the summer hit ‘Fireworks’ which has so far amassed combined streams of 90million and was also number 1 in the German and Italian airplay charts and has also just gone platinum in Italy.

Moss has also toured in in the UK and Europe with Rita Ora, Jess Glynne and Bastille.

Joining Moss is breaking talent, Tobtok aka Tobias Karlsson, one of the most talented artists leading the new wave of Swedish electronic music DJ / producers. He has generated over 450 million streams globally across his original work, remixes and productions for Joel Corry, Robin Schulz and Karen Harding to name few, on such illustrious labels as Ministry of Sound, Kitsuné and of course, his home at Perfect Havoc.

Also on the track is Perfect Havoc co-founder, Adam Griffin. Alongside Robert Davies, Griffin has steered Perfect Havoc into one of the most in-demand independent labels around. Its rising status is underlined by platinum certified releases, generating over one billion global streams, and breaking the three-time Brit Award-nominated producer, Joel Corry on multiple singles including the Number 1 single with MNEK, ‘Head &Heart’.

From DJing at pivotal London clubs in the 90s such as The Cross and Hanover Grand and holding senior marketing roles at Sony / RCA, to then A&R’ing at Perfect Havoc, Griffin’s first studio outing came in 2019. His contagious house cuts prove this label boss can produce with the very best of them. Debut single ‘The Sting’ alongside Tobtok received key support from Annie Nightingale; ‘The Stand Off’ was a hit with Mistajam and made Future Anthem on BBC Radio 1, while ‘Don’t Over Think It’ - produced with house icon Todd Terry – was again a hit on Radio 1’s dance shows. Over 10 million streams have been generated so far by this versatile label head and he’s only just getting started.

Completing the lineup on ‘Feel It’ is rising superstar James Hurr. His credits as a production and mixing engineer are an impressive ‘who’s who’ of the UK’s best-known dance talents. Hurr is behind Mark Knight’s ‘Yebisah’ and Prok & Fitch’s ‘Wow’, plus dozens of tracks, collabs and remixes with Michael Gray, Hoxton Whores, Moto Blanco, Armitage, Frederick & Kusse, Tony Moran and Dominique Young. As a channel for his commercial side, Hurr debuted as ‘Hrrtz’ with the Atlantic Records signed, ‘Miracle ft. Light Army’ achieving over 4.4 million streams. Toolroom Record’s Mark Knight said recently that was Hurr “was on fire”. The man wasn’t wrong. Most recently James produced ‘Jump In’ with legendary DJ Michael Gray. The track was so well received that it was played for 8straight weeks on BBC Radio 1’s Party Anthems.