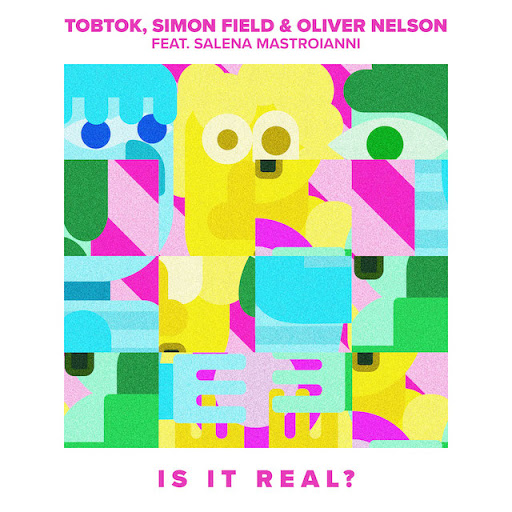 Sweden’s next-gen house producers, Tobtok and Oliver Nelson, team up with the multi-talented and fellow Scandinavian Simon Field for their new release ‘Is It Real? (feat. Salena Mastroianni)’. this end of late summer jam shows the trio’s skills with their up tempo house music mixed with a catchy and infectious vocal hook from Salena Mastroianni, it’s a certified ear worm that will keep you moving.Label mates Oliver Nelson and Tobtok have had an impressive career to date considering their youthful years. They include 10 Hype Machine #1s (Oliver), a double platinum award in Australia for his rework of ‘Fast Car’ ft River (Tobtok), and collectively their infectious house and nu disco productions have amassed over 300 million streams across Spotify, YouTube and SoundCloud. Together they’ve collaborated on remixes for the likes of Albin Lee Meldau, Lemaitre, and Frank Walker, as well as on their own tracks ‘Jealous’ (released on Astralwerks / Capitol Records), a rework of the classic 90’s house record by Stix & Stoned, ‘Outrageous’, and crossover hit ‘Yellow’featuring Liv Dawson which clocked up three impressive spins by Scott Mills on Radio 1.As solo producers, Oliver has sprinkled his rework magic on NEIKED’s ‘Sexual’(16 million streams), collaborated with tropical house king Kygo on ‘Riding Shotgun’, and signed his debut single ‘Found Your Love’ to Polydor. For Tobtok, credible labels have lined up to release his work including Kitsune, Toolroom and Ministry ofSound, he’s found success and support from Pete Tong with his piano-driven house track ‘As I Sleep’ with fellow Swede Adrian Lux, and DJ’ed at high profile gigs supporting the likes of Avicii and Kygo at Ushuaia, Ibiza. With ever growing streaming numbers and a catalogue of records for release in 2019, including the contagious ‘Something Bout The Music’ on Perfect Havoc, their star continues to rise.Simon Field - awarded producer and songwriter based in Oslo/ Norway. His recent collabs and releases include La La La (Discowax, 3M streams), Broken Wings (Universal Music, 4M streams), Fade (Tipsy), in total Simon has generated over 40 million streams on Spotify alone along with multiple official remixes from legends Erick Morillo, Nina Simone to Kelis. In additions Simon’s music is featured in US TV series such as Californication to Ugly Betty and featured films such as Passengers. Simon is no stranger to the Perfect Havoc label with his past three releases clocking up over 7 million streams in total with BBC Radio 1 support from Mistajam, KISS FM, NRK MP3 and Mixmag.