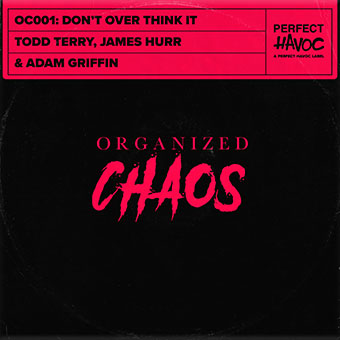 Hoxton based label ‘Perfect Havoc’ launch a brand new sub-label by the name of ‘Organized Chaos’ with it’s sole purpose to release non-stop tunes and cater for that 3am crowd who just love to continue the party till the bitter end. The new label comes out of pure passion and love for the club and house scene from the original founders; Adam Griffin and RobDavies.

Although being relatively new to the production game, Adam Griffin is no stranger to the industry. A keen DJ from the early 90’s playing pivotal London venues such as The Cross andHanover Grand, he has also played senior roles within the music industry atimprints like RCA and INCredible - Sony’s flagship dance label. After years of commercial and underground experience, Adam co-founded and continues to runPerfect Havoc alongside Robert Davies, creating a template for a modern 360degree music business. Perfect Havoc has made an indelible mark and has already generated close to 300 million streams with two top 10 chart hits with JoelCorry as well as releases on prestige labels such as Ministry of Sound,Columbia Records, Atlantic Records, Astralwerks, Polydor, RCA, Toolroom Records and Kitsune,

Debuting on the brand new sub label is theGrammy Award-nominated and legendary Todd Terry, one of house music’s most iconic producers. Todd very much pioneered the New York house sound with his big, driving kicks and rich, chord laced sound. He has worked with everyone from Jocelyn Brown to Everything But The Girl and turned out chart topping global hits, released on a “who’s who” of the finest labels around, and continually headlines the most noted clubs and festivals on the planet. Without him, house would sound very different, so this is a huge partnership for the brand new sub label.

James Hurr maybe a new name to some but his credits as a production and mixing engineer within the dance and house world is an impressive who’s who’ of theUKs well known DJs and being behind some of the biggest tunes including MarkKnight – Yebisah, Prok & Fitch - Wow, Hoxton Whores, Michael Gray, Moto Blanco, Armitage, and Frederick & Kusse. James has recently stepped into the limelight and it’s unsurprising that he is already causing up a stir with collabs and remixes with the likes of Tony Moran, Dominique Young and Hoxton Whores as well as creating another alias for his more commercial side under ‘Hrrtz’ with his debut track ‘Miracle ft. Light Army’ being picked up by AtlanticRecords and achieving over 4.4 million streams.

Don’tOver Think It is simply a bass house infusion put together by three talented experienced individuals who all bring their unique skills and ear to the mixing table.