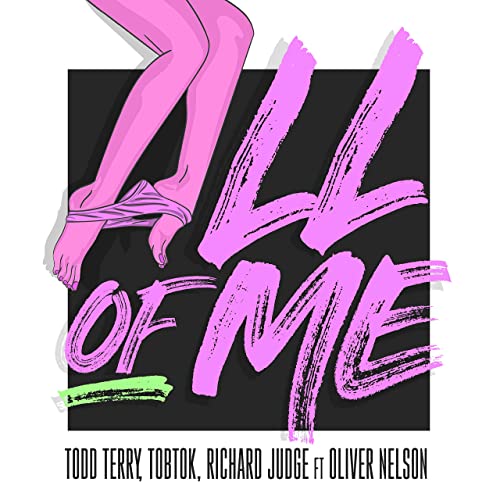 Tobtok continues his fantastic run of recent form by linking up with long time house pioneer, Todd Terry as well as frequent collaborator and fellow Swede, Oliver Nelson, plus chart topper Richard Judge for a new single that is once again set to make a huge impact on dance floors around the world. Definitive Hoxton label, Perfect Havoc release ‘All Of Me’ on 31st January 2020 and it is set to be the latest in the label’s long line of hits that straddle the underground and commercial vibe that’ve seen the label impressively clock up more than 100 million streams on Spotify and Apple Music.The young and exciting Swedish star, Tobtok a.k.a Tobias Karlsson has made a huge impact with his widescreen sound that takes in everything from nu-disco to house. As well as being snapped up by scene-defining labels like Kitsune, Toolroom and Ministry of Sound, he has put out tracks such as ‘Fast Car’ ft River (double platinum in Australia and streamed over 31 million times) and the huge, piano-driven house gem, ‘As I Sleep’ with fellow Swede, Adrian Lux, which has picked up 12 million views on YouTube and 4 million streams on Spotify so far.Along with partner Oliver Nelson, the pair have toured the United States, remixed the likes of Albin Lee Meldau, Lemaitre, and Frank Walker, and released original hit tracks on Perfect Havoc including the contagious ‘Something ‘Bout The Music’ and most recently, ‘Is It Real’ with label mate, Simon Field.Here they link with the Grammy Award-nomimated Todd Terry, one of house music’s most iconic producers. Todd very much pioneered the New York house sound with his big, driving kicks and rich, chord laced sound. He has worked with everyone from Jocelyn Brown to Everything But The Girl and turned out chart topping global hits, released on a “who’s who” of the finest labels around, and continually headlines the most noted clubs and festivals on the planet. Without him, house would sound very different, so this is a huge partnership for Tobtok, who also enlists the celebrated Richard Judge, a multi-platinum producer behind ‘Show Me Love’, together with Robin Schulz - a track that spent six weeks at #1 on the German Airplay Charts and was a smash hit all over Europe and Australasia.‘All Of Me’ is big, bouncy and hugely infectious thanks to the dazzling production and soaring, emotive vocal. It’s a heart swelling, feel good house track that will wash away New Year blues with its rousing chords and soulful chorus, big drum fills and inescapable sense of dance floor joy.