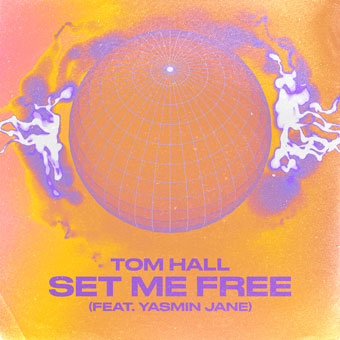 UK label Perfect Havoc welcome back Tom Hall to the label, with Set Me Free, featuring illustrious singer Yasmin Jane. His first release on Perfect Havoc since ‘Waiting On You’ with FUBU and Franky last summer, Set Me Free is a powerful and energetic dance tune enhanced by Yasmins vocals.

Tom Hall is a Shropshire based talent showcasing DJ sets across the UK, Europe and beyond.

His most recent singles Waiting On You, Sing To The Sun, Go Down Fighting, “With You” & “Collide” have received big support from BBC Radio 1 DJ Jordan North, BBC Radio 1 DJ Dev, BBC Radio 1 DJ's Mollie King and Matt Edmundson and also made it into the iTunes Dance chart atNo.6 and main chart at No.28. Tom’s previous single 'Casual', released on Hardwell’s Gemstone label continues to grow and has generated over 3 million streams globally and has featured as the show opener on the reality TV Show ‘Celebrity’s Go Dating’.

The in-demand artist has offered his remix hand to the likes of Todd Terry, Joel Corry, PS1, Tobtok & more.

Yasmin Jane has previously been supported by BBC Introducing and KISS FM; with her debut single ‘Come a little closer’ which was also made record of the week. Her remix collaboration with Oliver Jack amassed over 300k streams across Spotify and YouTube. Yasmin Jane has songs signed to Ninja Tune and Sony Music, whilst also having had multiple syncs on Netflix, most noticeably on hit reality show Love is Blind, not to mention everything else she has been doing behind the scenes, currently collaborating with producers behind hit Maker HARVY working with Red Triangle productions on her EP, selling out her debut show at the famous music venue Hope and Anchor Islington amongst various show sat Cargo, o2 academy 2 and Ocean Beach!